Jump, slash, dash, and glide your way through a long forgotten kingdom!

In Heir To Ruin, you can make use of all of your moves to string together intricate aerial combos. Performing mid-air maneuvers boosts your multiplier, allowing you to rack up points. Even the beasts roaming the ruined kingdom can be stomped or dashed into to extend your airborne antics. Blaze a path through the wildlands, go for coveted S-ranks, and do it all in style!

Featuring fluid platforming mechanics that are easy to pick up but tough to master, Heir To Ruin is currently still in development. The available demo features eight levels and one boss split across three different stages.

All comments and feedback are very appreciated!

I really liked your game, it's a lot of fun. Dynamic gameplay and interesting combat mechanics. Also, levels are very creative, with really different feel. Nice level design in terms of introduction of new mechanics.

However, I think that key bindings are a bit strange, I would appreciate adding Space jump option and changing parachute combination to something like Z button instead of jump or anything else. The parachute mechanic is very cool, but it's not really convenient to use it. You get used to the combination, but it is confusing.

The jump and parachute bindings make combat and wall jumping suffer, because of pressing wrong keys like Space by habit. In general, controls feel very responsive and I enjoyed the movement.

The boss fight is nice, but can't say it's difficult or particularly interesting. I just spammed the attack button and moved left-right from time to time.

Yeah, I guess you plan to do so, but it would be cool to see levels that mix all the mechanics. Dashing, parachuting, dashing into enemies to jump, wall jumping, plunge attacks and climbing. For example, some fast paced chasing levels, where you have to run fast from something dangerous and juggle the movement mechanics throughout the level. That would be a lot of fun.

Also, I don't know if it is intended. If it is then it's okay, but restarting the level from the very beginning can be frustrating. In particular, when you fall off the cliff, the level restarts and it is not fun. Maybe you could add checkpoints exactly for falling into the abyss, for example, taking damage and teleporting to the edge of the pit.

Overall, I think the game has a lot of potential and I will follow your updates)

Thank you for the feedback! I have been experimenting with other control schemes, and I hope the addition of controller support will alleviate any controller issues. As far as keyboard support goes, Space to jump can definitely be added.

Later levels will definitely require mixtures of moves to proceed - right now, such movement is possible to string together combos, but not mandated. 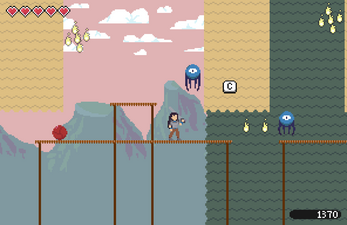 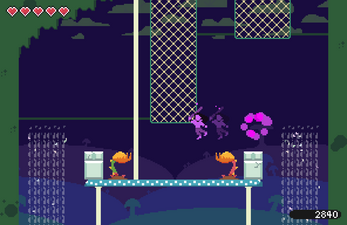 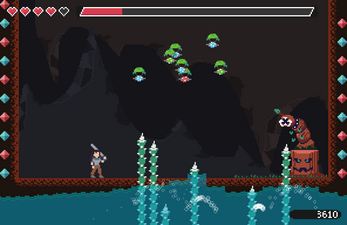